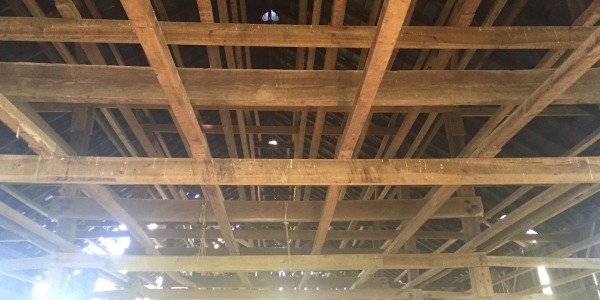 Where We Source Our Wood for Tables

The wood we reclaim for our farm tables comes from all over the country. Recently we received a shipment of reclaimed wood that was once this tobacco barn build in Kentucky circa 1908. 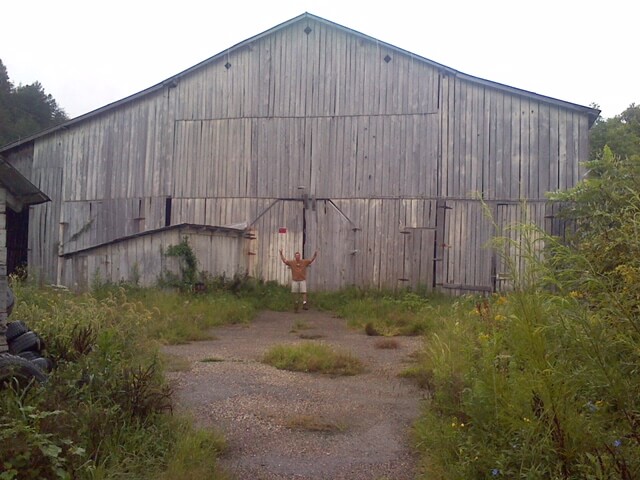 The flat boards once used to hang tobacco are straight and treated by the same hot, dry air used to cure tobacco leaves. Most of the barns in Kentucky and Tennessee went unpainted as the materials were expensive and/or unattainable. Some farmers painted the outside of their barns with a mixture of oil and tar to help preserve them hence the black coloring.

With the tobacco industry in a decline in recent decades, the tobacco barns in Georgia, Kentucky, Virginia, North Carolina, South Carolina and Maryland have fallen into disrepair. At one point in history, there used to be a tobacco barn down every road, a North Carolina historian said, but now there are only thousands of tobacco barns still standing. The age of the barns range from Revolutionary times to the boom after the Civil War to the early 20th century.

A violent period overtook the Black Patch of Kentucky and Tennessee from 1904-1909. Farmers and other civilians resisted the monopoly of the American Tobacco Company due to the farmers inability to receive a fair market price for their tobacco crops. Problems were exacerbated in 1908 due to the most severe drought on record in Kentucky since 1871. Tobacco farmers were urged to go on strike and instead of tobacco they were implored to grow corn to help feed the hungry. In this violent period, many tobacco barns were torched by vigilante groups determined to upset the profitable monopoly of the American Tobacco Company.

Towards the end of this period the violence began to subside as the Kentucky militia was on full alert and stationed to protect the interests of the tobacco economy as well as guarantee the safety of civilians. Farmers began to rebuild their barns and return to their normal activities. On May 9, 1911, the U.S. Supreme Court ruled that the American Tobacco Company was in violation of the Sherman Anti-Trust Act of 1890.

Browse through over 90 table design combinations, taking inspiration from some of our trestle tables, round tables, oval tables, conference tables, tables with metal work, live edge tables, stained or painted bases, turned legs, tapered legs, or straight legs. These are only examples, you are welcome to create your own unique table; just let us know what you are thinking.

Match your table up with a bench that compliments your table’s character, wood, and style. Casual bench seating is flexible, kid-friendly, and often easier on the budget than multiple chairs.

These are only examples, you are welcome to create your own unique style; just let us know what you are thinking.